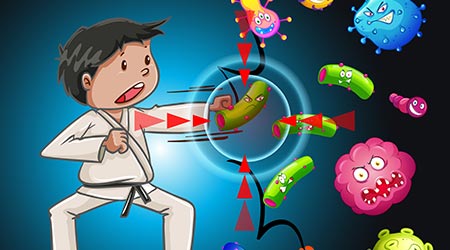 When the flu virus surfaced at various schools in Austin, Texas, hurting attendance rates and obliging worried administrators to shut things down, the officials at the International School of Texas, a private school in Austin, were naturally concerned.

Administrators consulted the Austin-based franchise, Stratus Building Solutions, which has been working with the International School of Texas for about six years, to implement ramped-up cleaning programs. Stratus immediately came up with a plan, received approval and went to work. While other schools saw attendance rates of below 70 percent and some even had to shut down, the International School of Texas remained open and relatively healthy.

For schools that see an inordinate number of students — or employees — disappearing from classrooms or offices, there are a few strategies that could be implemented.

Do a deep clean.

You’re cleaning, but are you cleaning everything? For example — the soap dispenser. A lot of germy hands are pressing the handle where the soap comes out. And if everybody’s washing their hands properly (and many aren’t), the doorknob on the inside of the bathroom should theoretically be clean, but we all know that’s not the case. Imagine how much bacteria lurks on the doorknob leading into the bathroom. That’s one of a dozen possible examples. You want to make sure everything is cleaned — even things that may not get wiped down on a daily or weekly basis.

If you do deep cleans regularly, you may have to ramp them up. Bacteria are among the fastest reproducing organisms in the world, according to the U.S. Department of Energy. They can double every four to 20 minutes. You likely do not have the resources to clean every minute of the school day, and in the hours afterward. But you really can’t clean too often; especially if you’re in the midst of an epidemic.

Make sure your cleaning chemicals are safe.

That should go without saying, but some cleaning supplies are toxic and are known to include VOCs (volatile organic compounds). VOCs can cause chronic respiratory troubles, allergic reactions and headaches. Students may not catch a disease by being exposed to VOCs, but some will likely go home with a splitting headache, a rash or an asthma attack.

In any case, now is the time to be on guard, and possibly a time to step up your cleaning routine. This is, unfortunately, an era in which the measles, mumps, whooping cough and other once virtually vanquished diseases are making a comeback.