Cleaning Contracts Should Have Clear Specifications 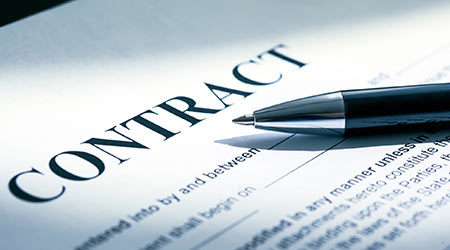 A reader writes: “I do not agree with your term “reasonable application” of the contract. My attitude is that it should be applied as written with no excuses. Your response?

I appreciate your point of view and in an ideal world, your approach would work. Unfortunately, the world that we operate in is different from that. I remember years ago when a major car maker introduced a ROM (Read Only Memory) chip that would switch the engine from eight cylinders to six and even to four on the highway. The gas mileage was fantastic for such a heavy car with a V8 engine. Then reality set in.

It appears that although the engineers had a great concept, the accountants did not allow for shielding the chip correctly. After a few weeks of heat and stress, cracks developed in the chip and the entire engine would stop resulting in being towed back to the dealership. Instead of fixing the chip, the manufacturer simply got rid of it resulting in a lot of bad publicity. They should have thought through the process to avoid the ultimate failure of a great concept. Well-intended specifications can have the same results.

I did a cursory review of your specifications and contract. I can assure you I would not have signed it without clarifications for several key points.

For example, I would clearly delineate how often any task is performed on an annualized basis. I would remove “As Needed” and replace it with a specific number of tasks/events per year with a clear charge for any work beyond that set number. I would clarify the difference between “matte” finish and “high gloss.” I would replace “strip/wax” with “strip/scrub/recoat/burnish” for hard floors requiring finish. I would clarify which hard floors required finish and which should simply need dust/damp mopping, regular auto-scrub and perhaps polishing with a soft bristle brush.

In addition, I would highly recommend the use of backpack vacuums and show the difference in labor costs if you require an upright unit be used. I would clarify the difference between cleaning up a “spill” to “spotting” on a regular basis for carpeted areas. I would highly recommend the use of interim carpet cleaning rather than simply requiring HWE (Hot Water Extraction) once per year.

I would clarify who is responsible to purchase and maintain outside and inside matting as well as outside trash cans. I would determine what your responsibilities are to quality control inspections and at least suggest a scoring system that we would both use. I would clarify that all wet work would be performed after 6 p.m. and/or on weekends with the HVAC operating.

If the specifications are clearly written, you can better achieve your goal of a reasonable application.

Your comments and feedback are always appreciated. I hope to hear from you soon. Until then, keep it clean...

Mickey Crowe has been involved in the industry for over 35 years. He is a trainer, speaker and consultant. You can reach Mickey at 678-314-2171 or CTCG50@comcast.net.