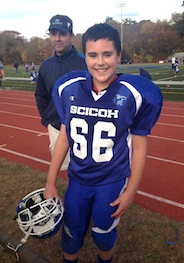 There are plenty of ways for a salesperson to build business. Some boast extensive product knowledge. Some are great at creating proposals and presentations.

Mark Dowling, senior facility sales representative for AmSan New England, based in Auburn, Massachusetts, excels at building relationships. As a result, his customers can’t wait to refer him to other businesses, says Aten.

“I just try to maximize the relationships that I’ve had and have established and built over the years,” says Dowling, who has worked in the industry for 16 years, including the past 13 for AmSan out of his home office in Scituate, Massachusetts. “I’ve picked up some just wonderful referrals. And that’s really how I tend to go to market now.”

Aten says it’s a unique way to expand business compared to other salespeople on his team. Earning that kind of loyalty from a customer isn’t easy. It requires a sales rep to stick his or her neck out for the customer.

Plenty of distributors say their sales reps fight for their customers. When Aten says it about Dowling, he really means it.

“We deliver our own products on our own trucks,” says Aten. “Just recently we had a customer that was looking for a very unique delivery. That delivery required our truckers to load up the items on two-wheelers, deliver them inside the building, go up inside an elevator, then take them down to a storage facility.”

This, says Aten, is not something AmSan usually does. The truck drivers are on tight schedules and can’t afford to spend that much time making one delivery.

Dowling was not satisfied with this level of service for his customer. Respecting the chain of command, he went to Aten, his supervisor, who took the issue to his bosses. Aten and Dowling were told AmSan couldn’t make the special delivery.

That still wasn’t good enough for Dowling. He asked Aten for permission to speak directly with the higher-ups and ask for an exception.

“He wouldn’t take no for an answer until he got to the right person who said, ‘Hey, we can do it. This is what we need,’” says Aten.

Dowling says this unwavering persistence comes from his years in athletics. He played football in high school. When he got to the University of Massachusetts, he began playing high-level rugby. Today he coaches his son’s youth football team.

When roadblocks arise, his competitiveness takes over. But, more than that, Dowling says he’s driven by a “fear of failure.”

“I value each and every relationship with every customer that I have,” he says. “In a lot of ways, you just don’t want to let people down.”

Which is why Dowling wouldn’t stop when Aten originally told him AmSan couldn’t make that special delivery.

“Some says folks might have said, ‘Hey, Mr. Customer, this is the best we can do for you,’ and maybe got the customer or maybe not,” says Aten. “Mark took it to the next level and said, ‘This customer means a lot to me. I want to make it work for them.’ And he went and worked on their behalf.”