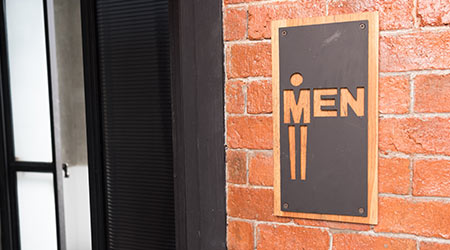 San Francisco is about to open a 24-hour public restroom in its well-known Tenderloin neighborhood in an effort to provide a clean and safe place to use the toilet for all, reports KTVU Fox 2.

The restroom is part program put together by San Francisco’s department of public works. According to the department website, the program, known as ”Pit Stop,” places clean and safe toilets, used-needle receptacles and dog waste stations in the parts of the city that need them the most. Each restroom is assigned two attendants at all times to ensure the restrooms are being used as intended.

Public restrooms have been an eyesore for cities across the country as more and more people use them in a nefarious manner. As indicated by the used needle receptacles being placed at the 24-hour facilities in San Francisco, drugs are often consumed in public restrooms.

A similar problem is happening in Spokane, Washington. There, the Spokane Public Library installed blue lights in its men’s restrooms intended to make it harder to inject drugs into the vein.

Cities across the country are exploring the benefits of offering safe, public restrooms, but initiatives are difficult to get off the ground. For example, earlier this year, Los Angeles struggled to find funding for mobile bathrooms that it hoped would alleviate some of the public urination and defecation in areas the homeless frequent.