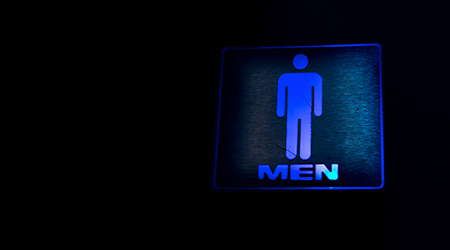 After too many days of the custodian finding blood in bathroom stalls, needles in the toilets and paper towels strewn everywhere, the Spokane Public Library's downtown location is shedding some light on the problem, according to an article on the Spokesman-Review website.

Blue lights designed to make needle injections more difficult — users aren't able to find a vein — are being installed in the men’s public restrooms. So far, they seem to be working. Evidence of drug use has decreased, the article said.

The library already had installed safe needle disposal containers in public restrooms, but drug users were still flushing used needles and custodians were still finding them in toilet tissue dispensers.

Before the lights, the library was paying about $400 twice a week to fix plumbing issues caused by needles flushed down the toilets, library officials said. This is compared to the roughly $10 is costs to replace a blue light bulb.

A Washington State University researcher who has studied drug treatment and mental illness, said that although only a small amount of research has been done on blue lights, they do play a role. Still, some drug users will inject when there are blue lights, even if it puts them in danger.