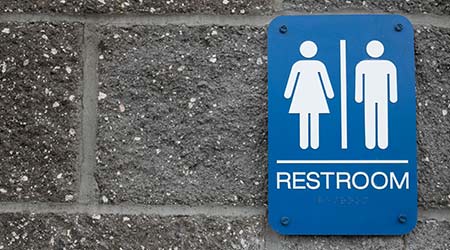 Two major U.S. cities are facing different sorts of public restroom issues, though only one appears ready for a resolution.

The restrooms, which will cost an estimated $270,000 to build and require another $64,000 in custodial services, are encouraged by the People for Fairness Coalition’s Downtown DC Public Restroom Initiative. The city’s common council acknowledged the spirit of the initiative, which seeks to provide easier restroom access for the homeless, senior citizens, those with medical conditions and tourists. The council says the addition of public restrooms gives people the chance to fulfill basic human needs in a safe and dignified way.

Across the country, Los Angeles is having a tough time funding mobile bathrooms that will help to curb the issue of urination and defecation in areas frequented by the homeless. According to a report by the Los Angeles Times, some of the city’s politicians find the estimated $300,000 a year cost for staffing and operating a mobile restroom to be too steep. The cost looks even more daunting considering the city estimated it would cost $57 million a year to provide all of its homeless encampments with toilets and showers.

The Los Angeles Homeless Service Authority says homelessness in the city has grown 16 percent this year to 36,000.

Concerns over the cost of restroom upkeep in the two cities is no surprise. A recent study found that more than a third of Americans say they use more toilet paper than they need to when using public restrooms.