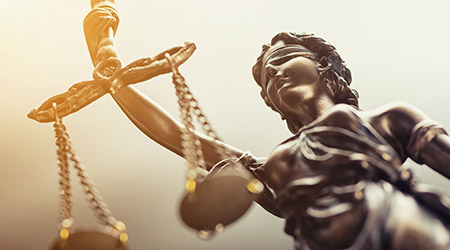 A Wisconsin mother whose 20-year-old son lives with cerebral palsy and a chromosome issue is putting up her own fight by campaigning to include more adult-sized changing stations throughout the state and nation.

For four years Sarah Knowles has been pushing legislation to enforce greater implementation of adult changing tables — a move she says would liberate many families and disabled people across the country, reports the Milwaukee Journal Sentinel.

Life without adult changing tables in most public facilities is hard for Knowles, her son, Matthew, and families like theirs. She says she has debated purchasing a season-long pass to a popular museum in downtown Milwaukee just so that her and Matthew can use its changing tables whenever they are out in the city. Otherwise, Knowles is sometimes relegated to changing her son in the back of their van during the summer. This option is out of the question during Wisconsin’s brutal winters, often forcing Matthew indoors for months.

"Matthew's 20 years old. He doesn't want to be sitting home for the rest of his life, only going out for two- or three-hour periods,” Knowles told the Journal Sentinel.

Knowles has been working closely with Wisconsin State Rep. Robyn Vining to institute a change since Vining took office in 2019. Vining introduced a bipartisan “Universal Changing Stations” bill in late 2019 that would incentivize smaller business to install adult changing stations and also force certain public buildings to add these resources.

Knowles and Vining are far from the only people fighting to put more changing stations in facilities. There were many facilities across the country implementing adult changing stations. A children's hospital in Florida added 400-pound-capacity tables in the fall of 2019. In Arizona, the state senate brought back legislation requiring adult changing tables in new or extensively remodeled restrooms.