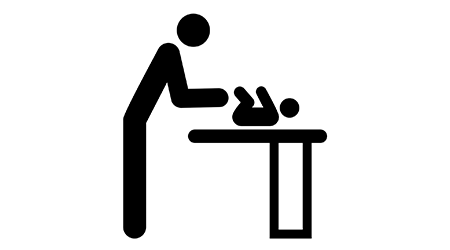 KREM reported that, despite any immediate timeline for the installation, the target date is the end of the summer.

The initiative will start in Spokane City Hall, a facility that currently offers no changing tables in the restrooms. For bathrooms in park or library bathrooms, their respective boards must okay the installations first.

After the City Hall installation is completed, two tables a year need to be installed until every public city restroom has them.

This new measure is a scaled back version of a previous proposal and exempts privately owned buildings.

In New York a law recently passed that will change the building code to require restrooms in both new and renovated buildings to be equipped with “safe and compliant” changing tables.

The new law also will require buildings to have at least one changing table per gender on each publicly-accessible floor with signage clearly directing people to the nearest location, according to a second CleanLink report.