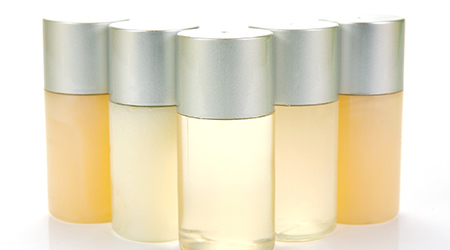 All across the nation changes are consistently being made to ditch the small plastic toiletries of shampoo, conditioner, and shower gel found in hotels and motels. And that environmentally-focused movement took one of its biggest steps forward yet, when a major hotel chain announced it is axing the tiny bottles.

InterContinental Hotels Group, which owns Holiday Inn and Crowne Plaza hotels, says it will remove the small bottles from its 843,000 rooms by 2021, reports BBC. The company has already removed the iconic toiletries from about a third of its properties.

Instead of offering tiny toiletries, the hotels will be providing soap, conditioner and shower gel in bulk.

“We collectively as an industry have to lead where governments are not necessarily giving leadership to make a difference,” says company chief executive Keith Barr, according to BBC.

At least one government  is trying to ban tiny toiletries, though. In May, California’s state assembly passed a bill intended to outlaw small shampoo and conditioner bottles from hotels in the state. The bill has drawn the support of the California Hotel and Lodging Association, which cites how hotels are increasingly turning against plastic toiletries.

It has also been reported that a number of hotels are mulling replacing individual amenities with wall-mounted dispensers.