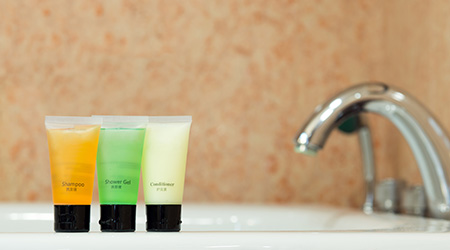 The iconic plastic bottles used to supply hotel patrons with soap and shampoo are one step closer to being banned in California after the state’s assembly passed a bill calling for an end to the small containers.

Assembly Bill 1162 met no verbal opposition on the floor and cleared in a 42 to 23 vote on Wednesday, reports the Los Angeles Times.

As previously reported, the purpose of the bill is to reduce the amount of plastic waste, some of which ends up sitting in state landfills. While the bottles have traditionally been viewed as an easy way to provide hotel visitors with soap and shampoo, the packaging doesn’t make sense at a time where the environment is becoming more of a focal point.

The California Hotel and Lodging Association is in support of the bill, citing how some massive hotel chains are in the process of replacing the bottles with large wall-mounted dispensers that can be refilled. While initial reports say travelers weren’t happy to hear the amenities are being offered less, hotels are smitten about the money the change saves, in addition to the improvements in sustainability.

Marriott, for example, estimates that a change would save 23,000 plastic bottles a year from each 140-room hotel that stops supplying the amenities.

Meanwhile, some are vocally condemning the proposed change. A representative of the makers and distributors of the small shampoo, soap and conditioner bottles says a ban would be detrimental to these groups. A California lawmaker says he isn’t a fan of bans and likes to collect the hotel amenities.