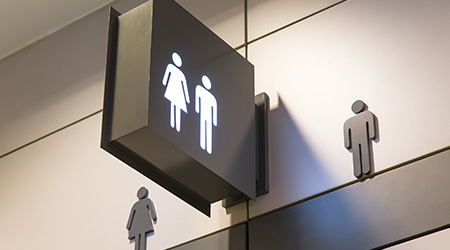 There is a public toilet shortage throughout the United States, and everyone seems to be suffering because of it — especially in cities.

With no place to relieve themselves, the homeless people of Miami, for example, are turning the city’s downtown area into a large outdoor toilet, reports the Miami Herald.

One downtown business owner says the public defecation and urination in Miami is the worst it has been in the last 25 years. The smell of human waste permeates through the sidewalks and streets, even after business owners hose the area down.

In fact, the area has become so bad, that the people living and working in the city’s downtown are fittingly calling the situation a “code brown.”

Just as the Herald says, Miami is far from alone in facing a public urination and defecation situation.

The homeless population in America’s second largest city, Los Angeles, has grown 16 percent in 2019 to 36,000. As this population grows, so too do reports of public urination and defecation.

The situation has become so desperate that L.A. politicians debated earlier this year whether or not the city should spend $300,000 a year to staff and operate mobile restrooms which would be installed to help give homeless people a place to use the restroom.

Cities with large homeless populations like Washington, D.C., San Fransisco, New York and Portland have already launched programs that place public restrooms in areas where they’re most needed. This move gives not just the homeless, but workers, tourists and residents a place to relieve themselves at a time when such resources have been severely lacking.

Citizens of Minneapolis are so fed up with the lack of public toilets in its downtown that one group has started a movement in which restaurants, hotels and stores are being implored to open their restrooms to the general public.