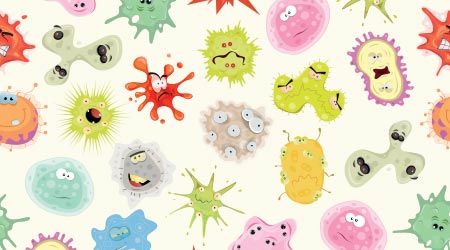 Despite speculation of a milder 2018-2019 flu season (compared to the 2017-2018 flu season that had record-breaking hospitalization rates), schools are already experiencing challenges with keeping infections at bay. Recently, a school district in southern Michigan was forced to close due to the widespread impacts of the flu.

WWJ News Radio 950 reported that infections began with teachers and quickly spread to students. Twenty percent of students were reportedly absent from school when officials decided to close so custodial staffs could focus on cleaning and disinfecting.

Schools near Shreveport, Louisiana, are also dealing with one of the earliest flu seasons in the past five years. According to KTBS, school officials are aware that this strain of the flu is different from years past, and they are being proactive to minimize it's impact.

At the height of last year's flu season, one school saw a 15 percent absenteeism rate (850 students and faculty), while other schools had to close their doors because absences hit "critical percentages."

The Centers for Disease Control and Prevention encourages people of all ages to get the flu shot. They also remind facility professionals that they can minimize the spread of infections by incorporating proper infection prevention processes and using cleaners, sanitizers and disinfectants appropriately.