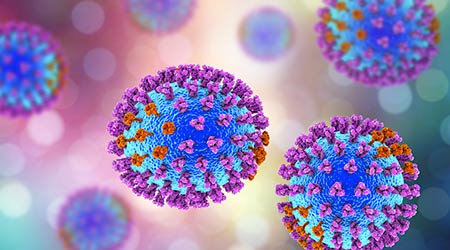 There are signs the current flu season will not be as widespread or deadly as last year, according to an article on the Reflector website.

One reason U.S. flu experts are hopeful about the current season has to do with a mild season in the Southern Hemisphere, especially Australia, the nation that is most similar to the United States in terms of infrastructure, vaccine program and public health system, the article said.

Australia’s winter is summer in the U.S. and the country has just finished their flu season — a milder one than in previous years. Health officials are hoping that translates to a milder season here.”

Also, the World Health Organization worked with manufacturers of the flu vaccine to change one of the flu strains used to make the drug in an attempt to get a better immune response this year.

Good hygiene practices are also critical to stopping the spread of the flu. Hand washing is most important.

The Centers for Disease Control and Prevention (CDC) reported that the 2017-2018 flu season had record-breaking hospitalization rates, according to reports.

However, the proportion of deaths attributed to pneumonia and influenza was below the epidemic threshold in the National Center for Health Statistics (NCHS) Mortality Surveillance System.