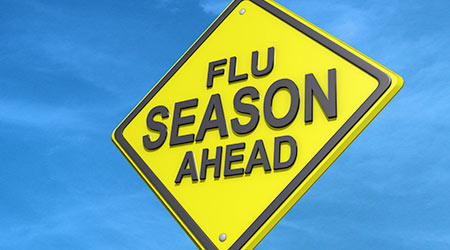 More than 80,000 people in the US died from the flu last winter. It was the highest number reported in at least 40 years, according to an article on BuzzFeed.

Last winter's flu season started early, with a large number of cases occurring around the holidays. Activity continued to increase throughout January and stayed high through the end of March.

The outbreak included a mixture of three strains: H3N2, H1N1, and influenza B. The flu vaccine was not as effective against the H3N2 strain, the predominant strain, due to a genetic mismatch between the vaccine version of the virus and its wild form.

Doctors quoted in an article on NBC News were blunt about how so many people got infected and died. They commented that those who died from the flu contracted it from another person. The majority of those affected were children and most were not vaccinated.

The CDC does not count adult flu deaths directly, but estimates them based on the number of excess deaths during the flu season.

The virus infected many people across the country all at the same time. Usually, flu hits first in one region and then another, but this past season saw widespread flu activity all at once, for weeks on end.

For information on when to clean, sanitize or disinfect, click here.
For tips to preventing infections in facilities, click here.