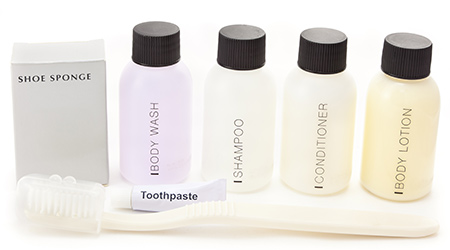 Members of the California State Legislature are pushing for a new bill that will ban plastic bottles that are commonly used to supply soap and shampoo in hotels. The goal behind the initiative is to help reduce plastic waste and limit what ends up in the state's landfill, according to Tech Times reports.

By not offering small bottles of personal care products, hotels, motels, and other lodging establishments can promote a more sustainable business and potentially reduce operating costs, according to Ash Kalra, who represents San Jose and co-authored the bill.

The move would fall in line with a number of other California laws meant to protect the environment.  If it passes on the assembly floor later this year, CBS SF Bay reported that the ban would not take effect for at least three years.

Although California is considering a law, many hotel aren't waiting for legislation to switch out their amenity bottles. Some have already seen the environmental and financial benefits to wall-mounted units.

According to earlier CleanLink reports, Marriott International announced a plan in 2018 to start using bulk dispensers in its showers at 450 hotels at five brands across the country. The shift was expected to save as much as 250 pounds of plastic or approximately 23,000 plastic bottles every year.