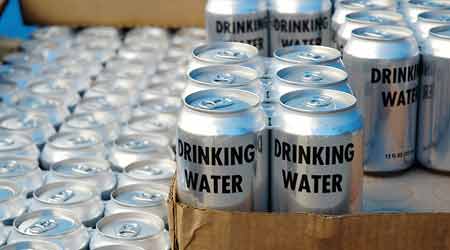 Emergency protocols should account for employees that may be quarantined or stranded on site for an extended period of time following a disaster. Emergency rations and water are recommended.

Connecting with family members during emergencies gives staff members’ piece of mind. But communicating with off-duty workers can be critical, depending on the nature of the disaster. Employees may need to know if they should report to work for disaster relief, or if it’s safer for them to stay at home.

To this end, facility managers should keep an up-to-date list of phone numbers for all employees, as well as a list of those that live close to the facility and can help out if needed.

Many organizations rely on a phone tree to contact outside employees, thereby reducing the burden of having one person responsible for making numerous calls.

Green recently found out the hard way the importance of having an up-to-date contact list. His team was scheduled to come in and clean at 4:00 p.m. on a Sunday following an HVAC installation. The installation was completed ahead of schedule, and Green had to call 30 people to come eight hours earlier than expected.

“The list was incomplete,” he admits. “One phone number was disconnected, and I even had a terminated worker on the list. So make sure you update your phone log as new employees come on and others leave.”

Facility managers should also detail expectations for coordinating with and supporting other departments. According to Woodard, University of Washington is adopting a more orchestrated and proactive approach to handling potentially violent situations on campus.

“We’ve seen an increase in protests on campus, so facility services is coordinating more with other departments to handle them,” he says. “If there’s an event that has the potential for problems, such as a controversial speaker, we remove the waste containers in the area in advance so they can’t be used to hide a bomb or weapon to retrieve later.”

In addition to coordinating plans in-house, facility executives should reach out to vendors and garner their support for emergency preparedness plans.

“We didn’t have a large-scale flood program in place, and we decided that was something we needed to do,” says Ames. “So we contacted our vendors to see if they had warehouse space for us to store supplies in the event of an emergency, and if we could use their trucks to transport supplies.”

According to Ames, Virginia Beach City Public Schools was motivated to develop a large-scale flood plan after learning about the devastation caused by Hurricane Harvey in August 2017.

“Look at what happened in Houston and during the fires in California, and the types of programs they have in place,” Ames advises. “Look at how students and the community responded to those emergencies. We can learn from them. As custodians, we need to provide not only a clean environment, but a safe one.”

previous page of this article:
Training For Emergency Preparedness