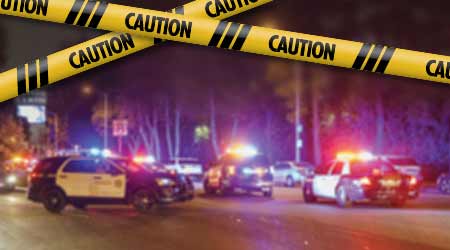 Emergencies come without warning. Does your staff know what’s expected of them following a catastrophe?

When a shooter opened fire at a Northern Californian elementary school, custodian John Hayburn immediately sprang into action. As the school went into lockdown mode, Hayburn and the school secretary quickly ushered children inside. According to news reports, authorities credited school personnel’s quick response with saving dozens of students’ lives.

Facility managers cannot predict when disaster will strike, but if the latest headlines are any indication, they know that calamities — whether natural or man-made — can occur anytime, anywhere. And custodians, like Hayburn, may be called on to not only secure property, but protect lives.

To ensure that the custodial staff knows what is expected of them in the event of an emergency, facility managers need to have written procedures in place that cover everything from short-term plans for a bomb threat to large-scale plans for responding to natural disasters.

According to Steve Spencer, a former facility specialist in the facilities management division of State Farm Insurance, managers should first identify potential threats in their area that could impact their facility.

“Where I live, the natural disaster threat is tornadoes,” says Spencer. “So preparedness for a facility manager in the Midwest is different than a manager in a hurricane area: If there’s a tornado you seek shelter. If there’s a hurricane you evacuate.”

Similarly, supplies will vary depending on the nature of the disaster. For instance, generators may be needed as a backup in areas prone to power outages caused by heavy snow or high winds.

“A facility manager’s main responsibility is taking care of people, and then keeping the business running,” says Spencer. “You may also have to consider how you’re going to clean up after a disaster if you don’t have power or water. So these are things you have to think about and plan for ahead of time.”

At Virginia Beach City Public Schools, hurricanes are an ongoing threat, but the custodial department is well prepared.

“We deal with hurricanes at least once or twice a year,” says Larry Ames, director of custodial services.

During Hurricane Matthew — a category 5 storm in October 2016 — one of the schools was flooded with 2 to 3 inches of water and closed for three days while Ames’ team assessed the damage and cleaned up the mess.

In preparation for disasters, Ames’ custodial department is in charge of emergency center supplies and equipment, including kits that contain everything from gloves and tape to flashlights and bleach. Personal protective equipment is also on hand for the contamination team, a group of 20 custodians who are specially trained to respond to disasters.

next page of this article:
Training For Emergency Preparedness