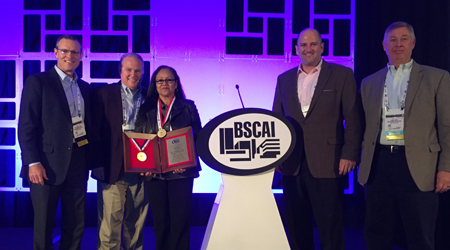 The move to focusing on employees began in 1991 for 4M. Murch recalls that, like today, the labor market was tough and unemployment was low.

“We had so many open positions,” he says.

At the time, the company operated with the mantra that, when it came to communicating with frontline workers, no news was good news. If a cleaner heard from management, it was usually to point out deficiencies in the employee’s work.

But to break through in a crowded employment market, Murch and his team decided to flip that old company culture on its head. Management began giving out “Good Works Tickets” whenever a customer praised a cleaner or his or her work. Each ticket earned the employee entry into a periodic raffle for cash bonuses. The company also began sending every employee and customer a newsletter, in which customer compliments were printed and specific employees were praised by name. Murch also began giving a hand-written thank you note to team members after they were praised by a customer. And he or other senior executives would present the employee with the note in front of the employee’s peers and the customer.

“Who doesn’t like to see their name in lights?” says Murch. “Recognition is a huge part of our culture, which engages team members.”

These simple gestures went a long way toward making 4M a place where workers wanted to stay, all at the cost of a little time and effort.

Prospect Cleaning Service engages employees much the same way. Several years ago, Murray started thinking back to her past working experiences when she wasn’t the boss; she remembered how good it felt to know her employer cared about her. Today she tries to do the same for employees. Sometimes that’s as simple as sharing a meal.

“Go sit in the lunchroom with your staff instead of Ruth’s Chris Steak House,” says Murray.

But the company culture at Prospect Cleaning Service really began to change once Murray realized that communication in a business goes two ways — not just from the top down but from the bottom up.

“[Employees] know we listen to them,” she says. “My staff, they can bring information to me and say, ‘We tried this, but I don’t think it’s as effective as we thought it would be.’”

Murray’s workers bring new ideas to her on a daily basis, and sometimes their way works better than whatever process the company had in place.

This has several benefits. First, employees feel they don’t have just another job, but rather a livelihood, says Murray. Second, it more deeply connects workers to the success of the company. If a frontline worker came up with a new process for cleaning, that worker now has a personal stake in seeing it succeed, which typically improves the quality of work.

Listening to employees’ ideas and goals in the workplace is undoubtedly useful. But when BSCs can connect with employees enough to learn about their dreams outside of work, that’s when engagement opportunities really open up.

Miller’s story is one you might have heard. She, and her husband, Tony, created the Dream Manager program, which was told in the New York Times best-selling book “The Dream Manager.”

Like Murch, Miller’s employee engagement strategy grew out of necessity. Her company, JANCOA, was churning through way too many employees and something had to give. So she began taking inventory of her best employees to see what they had in common. What she found was that they were engaged — not just in their work, but also in their lives outside of work. They were striving toward something, not just going through the motions.

Miller wondered how much JANCOA could reduce turnover — and the costs associated with hiring and screening employees — if the company could help employees achieve those personal goals. What she’s realized since then is that doing so was a major shift in the way most businesses operate.

“So much of the mind-set in the business world still for a lot of people is, ‘I pay you a fair wage. You should do what I tell you to do. And your problems are your problems, and I’m not going there,’” says Miller. “But we don’t do that when it comes to customers. When we’re trying to compete with trying to get a job, we’re always telling them how we’re going to make their life easier and better by hiring us. Well, why not do that with our employees, too? Why not create an environment that will attract the best people to want to work for you?”

In many ways, it’s about putting employees first. But in doing so, Miller decided not to “recreate the wheel.” There were already plenty of programs available in the Cincinnati area to help her employees achieve their personal goals. All JANCOA had to do was use its community connections to steer its employees to those resources.