Protecting Your Health During Disaster Cleanup 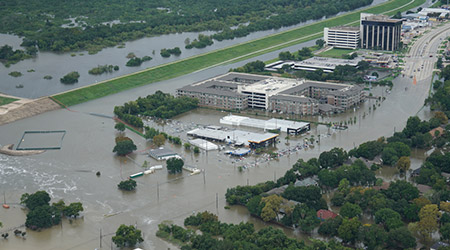 In 1989, Hurricane Hugo, a powerful hurricane similar to those we have recently experienced in Houston, Florida, and Puerto Rico, hit the southeastern part of the United States. After the storm, coroners in South Carolina noted an upswing in the number of people suffering and dying from heart attacks.

Two coroners reported that some of the heart attack victims suffered “hurricane-induced” heart attacks. In other words, the storm had so traumatically upset their lives, they had heart attacks that likely would not have happened if the hurricane had not occurred.

However, other coroners and medical examiners in different regions of the state, as well as nearby states, where people died of heart attacks after the hurricane, did not list them as hurricane-induced. Instead, they reported that the victim simply died of a heart attack.

This tells us two things:


As cleaning professionals, you must know the health risks and dangers you face when you take on cleanup efforts in such situations. Members of our industry have been called in to help victims of the recent hurricanes rebuild their lives. But to do so, your first obligation must be to protect yourselves.

Health Risks After A Hurricane

One of the significant problems after a hurricane is that people underestimate flood risks. If you are called in to help a facility in its cleanup efforts and must wade through floodwater, beware that sharp objects, metal bits, glass, and other items may be floating in that water below the surface. Not only might you get injured, but once you suffer a cut or have an open wound, you are more susceptible to germs, bacteria, and pathogens in the water.

Floodwater becomes contaminated very quickly. It usually contains sewage. According to OSHA, sewage-contaminated floodwater can contain infectious bacteria such as E. coli and Salmonella. And that’s not all.

In 2005, after Hurricane Katrina, the storm surges were so high that they broke through concrete vaults, tombs and coffins in cemeteries. This resulted in decaying corpses floating in the water, further contaminating flood water.

Another risk that results after a major storm event, especially if floodwater runs high, is the wide variety of unwelcome insects that may descend on the area. These insects, including flies and mosquitos, are disease carriers. With so many health risks, it is imperative that you take steps to protect yourself before attempting any after storm cleanup operations.

Ron Segura is president of Segura Associates. His company works with organizations to help them streamline their cleaning and building operations as well as promote sustainability and healthier cleaning strategies so that facilities function more effectively and efficiently and realize cost savings. He can be reached through his company website at http://www.seguraassociates.com.