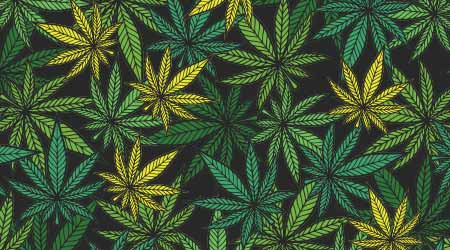 As the weeks of empty facilities turn into months, the frequency or even existence of odor-related inquiries is an afterthought for many in the cleaning industry. For good reason, the rush for personal protective equipment, cleaners and disinfectants have taken priority for distributors and facilities alike. But much like inventory for wipes and gloves, the ability to overlook odor control won’t last forever.

As the dial slowly begins to turn on reopening hotels, offices, theaters and more, distributors would be wise to adequately prepare as marijuana, vaping and tobacco odors will inevitably return. To serve as a reliable outlet for end users, distributors must not only have an understanding of odor elimination technology in varying methods and forms, but also a relationship-based sales approach that extends beyond solving isolated issues.

When it comes to product selection, Chad Davis, executive vice president of Vectair Systems, Inc., Memphis, Tennessee, says facilities of all types have come to prefer odor eliminators over simple masking agents. No matter the strength of a passive air freshener or aerosol, even the most captivating scents will fade if the source of odor isn’t resolved.

“Masking odors provides somewhat of a pleasant smell originally, but the malodor will return once the masking agent dissipates because it doesn’t actually resolve the issue,” says Davis. “You need to reduce the malodor as best you can, and then top that off with a pleasant fragrance.”

The most effective products to combat marijuana odor, Davis adds, combine a customized scent with odor eliminating capabilities. The complementary solution provides a lasting effectiveness that wouldn’t otherwise be possible.

“By pulling the malodor out of the air, the fragrance element of the product can maximize its potential as the intended scent gets more headspace,” says Davis.

Agreeing with Davis on the importance of odor elimination, Lori Strazdas, MPH, public health liaison at CloroxPro, Oakland, California, adds that a market exists for simpler masking agents, but only as an added luxury (think perfume or scented air fresheners) where permeating odor issues aren’t present.

“Masking may be an option in places where an additional scent is immediately needed or desired, but it should not replace eliminating the source of the odor first, if possible,” says Strazdas.

Odor-eliminating technology can come in several forms, depending on the scope and severity of the issue, says Andy Piucci, vice president of sales – North America, Oxy-Gen Powered, Gainesville, Georgia. For example, cartridges installed into oxygen fuel cell dispensing systems maintain the effectiveness of the continuously emitted fragrance and keep the malodors from periodically returning.

Look for systems that use concentrated odor eliminators and don’t emit volatile organic compounds (VOCs) including butane, propane and acetone.

“All of our products contain odor eliminating ingredients that actually bind to the molecule of the odor to disable it,” says Piucci. “Many aerosols only mask the smell. They’re also intermittent, and the fragrance disappears soon after each spray without allowing it to stay in the room uninterrupted. That’s why a continuous system works better.”

In hospitality or entertainment-based facilities such as movie theatres and hotels, Piucci stresses the importance of an instant odor elimination product, in addition to a dispenser setup. Whether permitted or not, instances of patrons smoking or vaping in-or-around lobbies, main entrances and restrooms are unavoidable.

“Water soluble sprays are excellent in cases when someone walks in from outside or carries the odor with them,” says Piucci. “A recent Harris poll said 93 percent of people have a negative perception of a facility if it has a bad smell, including marijuana, and 43 percent will never return to a facility that has a bad odor.”

Brian Coffey, national sales manager at Fresh Wave IAQ, Palatine, Illinois, says the need to develop odor-elimination products was especially apparent in the hospitality and auto-rental industries where smoke odors are particularly challenging. The constant customer turnover for rooms and vehicles brought the inabilities of masking agents to the forefront — even if adequate cleaning was performed.

“By the time a guest actually checked into a hotel room, much of the masking agent wore off, leaving the room with an unintended combination smell of lingering marijuana odor and trails of whatever scent the masking agent intended to produce,” says Coffey. “In the case of rental cars, some instances of permeating marijuana odor were so intense that companies would have to send the car out for professional cleaning and lose three-to-four days of potential business on it.”

Laura Haupert, Ph.D., director of research and development for Fresh Wave IAQ says the use of plant oil chemistries has helped the company produce a natural, non-toxic odor-eliminating solution that’s been implemented into their products, specifically to fight the strong ammonia odors, hazardous VOCs and terpenes caused by marijuana smoke.

“In studying the chemistry of marijuana smoke and identifying what is causing the odors, we can identify plant oils that have been tested to neutralize those odor-inciting chemicals,” says Haupert. “From there, we made a blend of those plant oils that absorbs odor chemicals on-contact and absorbs them.”

The reaction neutralizes the odor in a safe, undetectable way to sight or smell.

“The blend absorbs the odor-causing molecules on-contact, falls to the ground and biodegrades,” says Haupert. “You’re fighting plants with plants because in the end, that’s what cannabis is.”

next page of this article:
Establishing Customer Relationships