Women Exposed To Triclosan More Likely To Break A Bone 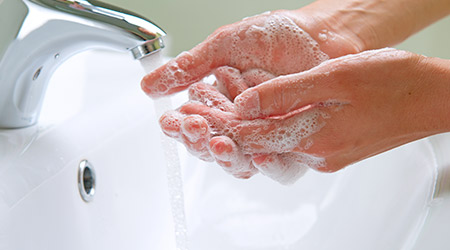 Women exposed to the once ubiquitous germ-killer triclosan are more likely to develop osteoporosis, according to an article on the Infection Control Today website.

A study published in the Endocrine Society’s Journal of Clinical Endocrinology & Metabolism analyzed data from 1,848 women to determine the link between triclosan and bone health. The researchers found women with higher levels of triclosan in their system were more likely to have bone issues.

Triclosan is an endocrine-disrupting chemical that has been widely used as an antibacterial in consumer goods and personal care products, including soaps, hand sanitizers, toothpaste and mouthwash. A person can be exposed to triclosan via consumer products and contaminated water, the article said.

In 2017, Minnesota became the first state to ban soaps containing triclosan. But, according to CBS News reporting, the people who spearheaded the law say it’s already having its desired effect on a national level.

The federal government also instituted a ban that took effect in September 2017. Major manufacturers have largely phased out the chemical, with some products being marketed as triclosan-free, according to CleanLink reports.

Studies have shown that triclosan could disrupt sex and thyroid hormones and other bodily functions, and scientists were concerned routine use could contribute to the development of resistant bacteria. University of Minnesota research found that triclosan can break down into potentially harmful dioxins in lakes and rivers.