Why Candidates Back Out After Accepting A Job Offer 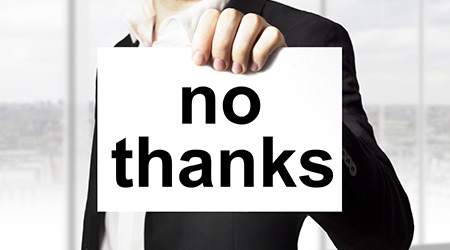 After an exhaustive search that included screen of dozens of applications, several first-round interviews and more follow up interviews, a company had identified the candidate that it hopes to hire. Following discussion, the terms and offer of employment is made and the candidate accepts. When their first day of work arrives this candidate doesn’t show. The company contacts him or her but receives no answer. They’re never heard from again and the poor human resources team is forced to begin a new search. It’s a tough break.

The term “ghosting” is today associated with the act of blowing off a person’s attempts to socialize. This term also applies to businesses in situations where are new hire takes a job offer, but decides to never show without any notice of a change of mind. This type of ghosting is common, according to research by Robert Half.

Through a survey of  workers across the United States, Robert Half concluded more candidates than not have backed out of a job after accepting an offer — and it’s not even close. Nearly three-quarters of the 2,800 people surveyed say they have change their mind.

The reasons for the change of heart vary. Of those who say they have backed out of an offer, 44 percent say they did so because they got a better offer from another company. Just over a quarter say they changed their mind after receiving a strong counteroffer from their current employer. At 19 percent, the third most popular reason for a person backing out of a job offer is that he or she heard bad things about the company after accepting.

Though it might not be a shock to some, news that a good number of candidates back out of job offers at one point in their career might be a hard for others in the cleaning industry to stomach. Retaining employees is hard enough. Losing new hires before their first day compounds the issue, which has been made worse by today’s strong labor market.