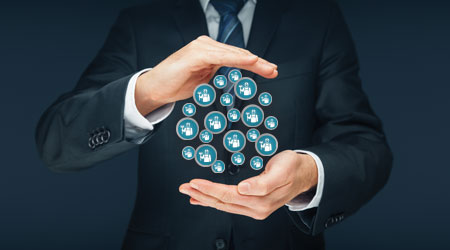 Retaining frontline employees has never been easy for building service contractors. Some workers leave for better pay, some for better hours, and a few might leave because they no longer need the income. Many others will quit because of poor management. Whatever the case might be, turnover happens a lot for BSCs, and this struggle is currently compounded by a labor market that makes it hard to find and keep good candidates.

One of the reasons it’s crucial for building service contractors to rectify their retention woes is that making a new hire is extremely difficult in the current labor market. The national unemployment rate was just 3.9 percent to close out 2018, says a January report from the U.S. Department of Labor’s labor statistics bureau. That rate is 0.2 percent lower than it was a year earlier, despite the fact unemployment rose slightly between November and December.

While strong unemployment figures are good for the nation as a whole, they’re traditionally bad news for building service contractors because it means job seekers have their pick of the litter, as opposed to a time where high unemployment draws applicants to janitorial positions.

A tough labor market aside, BSCs might soon face another threat to their employee retention. Amazon announced in October that it’s raising the minimum wage for all of its U.S. employees to $15 an hour — well above the federal minimum wage of $7.25. This means janitors could find incentive to bolt even the BSCs that pay a few dollars above minimum wage in favor of a nearby Amazon warehouse.

One of the first orders of business in solving a retention issue should be to identify where it all went wrong. Industry veterans have seen frontline workers leave for a lot of different reasons, but one that’s routinely cited is poor hiring and bad training.

The owners of many cleaning companies have been burned so often by employees who quit before receiving their first paychecks, that they’ve developed a sort of defeatist attitude. Many assume the next hire will just leave, so they choose not to put enough energy into hiring and training — a way of thinking that’s incorrect, says Troy Hopkins, author of “Making Cents Of A Dirty Business,” and an area developer for Office Pride Commercial Cleaning, Palm Harbor, Florida.

“I’m more afraid of not investing in an employee, and then they stay because now you have a poor employee,” says Hopkins.

The first thing he would do if he was running a company with retention problems and several job openings would be to make sure the training program is good and that new hires are starting off on the right foot.

Hopkins supports a five step on-boarding process used by Office Pride Commercial Cleaning. This process, from beginning to end, involves: a pre-screening phone interview with a job candidate, a meet and greet, formal interview, discovery day, and an official offer. The discovery day is a part of the interviewing process where Office Pride Commercial Cleaning goes over its history, values, polices and the products it uses, while also introducing ownership to candidates.

Hopkins says he’s found 83 percent of employees who make it through the five-step hiring process will stay, as opposed to a quick hire process, which he says leads to about one in six quitting after just three days of employment.

Too often, companies fail to provide new hires with clear expectations of what is to be expected of them during the training process. In some instances, the job might end up being much more daunting than the employees were led to believe during hiring and training. Combined with a lack of support from management, these unclear expectations could lead to workers leaving their employer.

“It can be overwhelming when you’re told you have this much time to get this much done,” says Mary Miller, CEO of JANCOA, Cincinnati.

Instead of surprising a hire with a heavier than anticipated workload, Miller says mangers would be wise to actually underpromise what can be expected of the job, only to overdeliver on those expectations after the hire begins cleaning.

next page of this article:
Bad Management Fuels Employee Turnover