Which Workplaces Experience The Most Injuries? 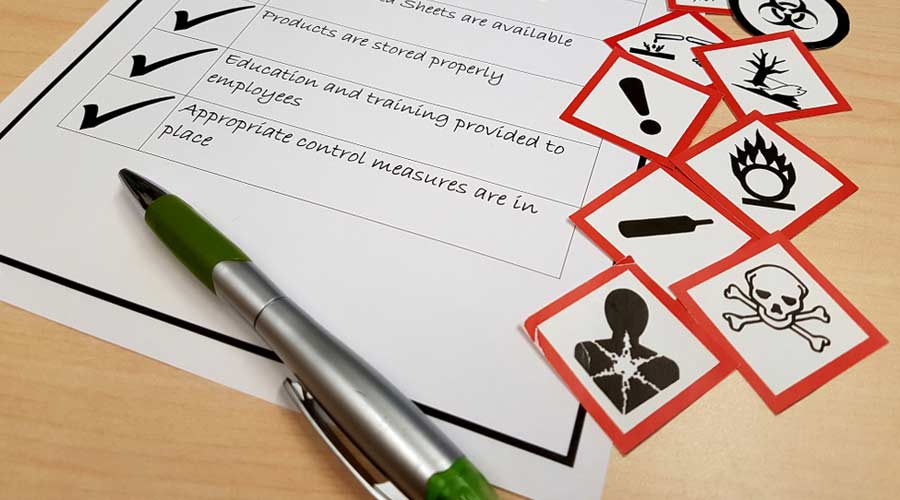 Last week, we reported on a proposal from the U.S. Department of Labor (DOL) to revoke the final approval of Arizona's State OSHA (Occupational Safety and Health Administration) plan, in response to nearly a decade-long pattern of failures to adopt and enforce standards and enforcement policies.

The announcement brought to the forefront the importance of protecting employees nationwide and ensuring that incidents are properly handled and reported — be it for frontline cleaning workers, distributor truck drivers, conventional office workers and more.

In light of the proposal, national law firm Schmidt & Clark explored the workplaces that most commonly experience injuries according to factors such as sector, occupation, U.S. State, and age demographic.The firm discovered that private industry employers reported 2.7 million nonfatal workplace injuries and illnesses in 2020, which is down from 2.8 million in 2019 and is a decrease of 5.7 percent.

They also found that the number of injury and illness cases decreased or remained the same in all private industry sectors, apart from the healthcare and social assistance sector, which increased by 40.1 percent in 2020.

When exploring occupation and incidence of nonfatal occupational injuries and illnesses ten accounted for 38.3 percent of all private industry cases which involved days away from work (DAFW) in 2020. Among these, nursing assistants had the largest number of DAFW cases at 96,480, which is an increase of 68,890 cases from 2019.

Other occupations which ranked highly for nonfatal occupational injuries and illnesses requiring DAFW, were maintenance and repair workers, stockers and order fillers, and retail salespersons.

Arizona reported 59,800 non-fatal work injuries and illnesses, 39 percent of these resulting in days away from work. The state ranked 14th, out of the 45 states that submitted their reports. It closely followed Wisconsin, which reported 59,900 cases in 2020.

Furthermore, it was reported that there were 4,764 workplace fatalities in the United States in 2020, this accounts for a decrease of 10.7 percent from 2019, in which there were 5,333 fatalities.

‘Exposure to harmful substances and environments’ experienced the second-highest number of fatalities, with ‘exposure to other harmful substances, which includes drugs and alcohol attributing to 448 deaths. For ‘Violence and other injuries by persons or animals’, many fatalities were due to  ‘intentional injury by person’, which includes homicides and suicides, 392 workplace fatalities were caused by homicide in 2020.

Schmidt and Clark also explored the occupations with the highest fatality rates in 2020. In first place were Fishing and Hunting workers who had an injury rate of 132.1 workers being fatally injured per 100,000.

When exploring the numbers of fatalities in 2020 by age, Schmidt and Clark found the 55 to 64 age group saw the highest number of workplace fatalities at 1052, which is 22 percent of the total number reported. They also discovered that younger age demographics were least at risk of workplace fatalities, with only 14 fatalities being attributed to those 16 and under, and 12 for those aged between 16 and 17.

Schmidt and Clark’s Collen Clark says, “It was eye-opening, comparing the data on the workplaces that most commonly experience injuries according to factors such as sector, occupation and US State. “It was shocking to discover the huge differences in work fatalities by State; Texas experienced 469 in 2020, compared to Rhode Island that only experienced 5.

“We hope that our findings help create awareness of the problem of injury at work so that every employee has a safe work environment.”

The entire report can be read here.