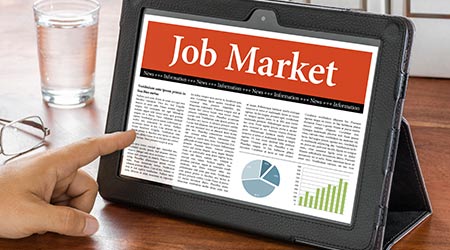 Unemployment rates were lower in December in 11 states, higher in 4 states, and stable in 35 states and the District of Columbia, the U.S. Bureau of Labor Statistics reports.

Eight states had jobless rate decreases from a year earlier, one state had an increase, and 41 states and the District had little or no change. The national unemployment rate, 3.5 percent, was unchanged over the month but was 0.4 percentage point lower than in December 2018.

Non-farm payroll employment increased in three states in December 2019 and was essentially unchanged in 47 states and the District of Columbia.

The information shared by the U.S. Bureau of Labor Statistics presents statistics from two monthly programs. The civilian labor force and unemployment data are modeled based largely on a survey of households. These data pertain to individuals by where they reside. The employment data are from an establishment survey that measures non-farm employment, hours, and earnings by industry. These data pertain to jobs on payrolls defined by where the establishments are located.

Low unemployment often means low employee retention rates for building service contractors and others involved with the commercial cleaning industry. For advice on how to better retain employees, read this Contracting Profits story from 2019.