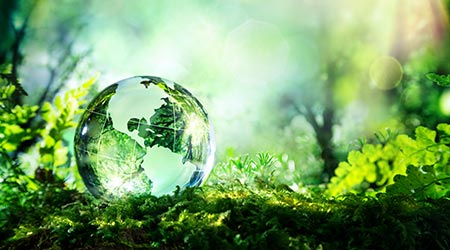 A collection of U.S. Companies rank inside the top 10 of Fortune magazine’s “Change the World” list, which honors companies who are working to reduce the impact they have on the environment.

The top 10 of the 52 companies listed were dubbed “Sustainability All-Stars.” These are the seven U.S. companies in that group:

The company has been converting to green power and now receives nearly 40 percent of its energy from renewable resources.

The company now recycles 80 percent of the water it uses, returning it to a "pre-use" state.

Honored because the company has managed to divert 78 percent of the waste it produces away from landfills and incineration; the company has also encouraged its network of suppliers to do the same. (Walmart is also showing its progressiveness by recently incorporating autonomous floor scrubbers into its cleaning routines.)

In 2017, Apple announced a goal of making all of its products from recycled and renewable materials. It has created a robotic recycling system, which can disassemble 200 iPhones per hour, so the parts can be reused in new electronic devices.

The company owns $14 billion worth of buildings that all meet LEED certification standards.

This high-tech company has reduced its per-employee environmental footprint by 52 percent since 2007.

This customer relationship company has developed an app that tracks "green" metrics, helping organizations measure and analyze their carbon emissions for a wide range of business activities.

"Something the entire jan/san industry should also note, is what most of these companies are also doing," says Stephen Ashkin, who helped develop ISSA's Distributor Efficiency Analytics & Learning (DEAL) program. "They select their vendors based on their sustainability efforts. This way, all of their vendors and suppliers are on the same sustainability team."