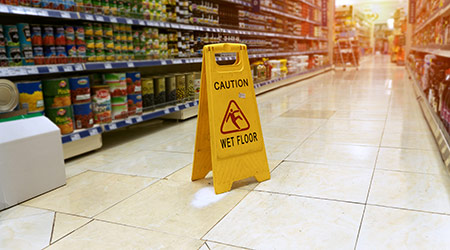 When it comes to retail, nothing is bigger than Walmart. Even Amazon hasn't been able to topple the chain founded in Arkansas more than 50 years ago. This long-term success has taught any and all in the retail space to be humbled by the venerable leader. So now that the company has announced its decision to roll out robotic floor scrubbers at hundreds of its stores, it may be time to pay closer attention to this technology.

Three hundred and sixty autonomous floor scrubbers have been placed in Walmart stores across the United States, with franchises selected based on criteria such as store layout, format and traffic patterns. The floor scrubbers are made autonomous with the implementation of BrainOS technology, an operating system developed by Brain Corp, a San Diego-based technology startup that specializes in enhancing the capabilities of the machines that original equipment manufacturers have already released. Tennant Company, based in Minneapolis, announced in early April that Walmart has chosen its T7AMR equipped with BrainOS as the machine that will clean the stores.

Walmart's autonomous floor scrubber rollout is expanding to the point that 1,860 floor machines will be cleaning its floors by the end of 2019. While the implementation of this technology is moving quickly, the change is all part of a grander scheme Walmart has thought about for some time.

An Eye For Autonomous

From big box stores to mom and pop shops, many businesses are embracing technologies that work in harmony with others — Walmart is no different. The corporation is currently testing a "self-scanner" that surveys the store for missing or misplaced merchandise. In the store's backrooms, the company might implement a special type of unloading machine that would bring merchandise down a conveyor belt and then direct it to carts bound for departments where products are most needed.

"We have been on this innovation journey for the last few years, and honestly, I don't see an end in sight," says Ragan Dickens, Walmart's director of corporate communications. "Technology, as you know, is constantly changing and we are changing with it."

The way she sees it, autonomous floor equipment fits right in with all of this innovation.

"We are building a connected store where many of the technologies work together," says Dickens. "The decision to add this technology was an easy one. We are able to give our associates the freedom to complete other tasks within their job description while this machine does its job."

The company currently has manned floor machines in each store that doesn't have an autonomous scrubber. In these stores, associates have to spend a minimum of one to two hours per shift operating the scrubber. This is a considerable amount of time, as most maintenance associates work 8-hour shifts.

The ability for Walmart's custodial team to spend less time scrubbing floors and more time on other areas is a luxury that cannot be understated. While autonomous equipment tackles floors, custodial associates can clean prep the floors for the use of the scrubber, or clean the tight spaces those machines can't reach, like checkout lanes.

If the associate wants to avoid the whole scrubber experience, they can change out trash liners or refill supplies in the restrooms. The point is, more work is getting done in the same amount of time.

"We re-create the process for the human when he or she is not working with the robot," says Phily Duffy, vice president of innovation at Brain Corp.

next page of this article:
Workers Respond To Robotic Floor Equipment