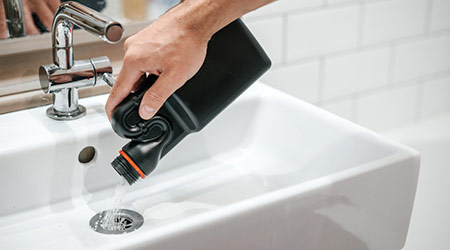 The importance of proper chemical handling was unfortunately highlighted by a recent event in which two cleaning employees were hospitalized following a spill.

The Park City Fire Department in Park City, Utah responded to a call at a resort Monday following a report that an employee had misused a container of drain cleaner, reports KPCW.

“They added water, which is what you would do normally, but once it’s in the drain with a measured amount," says a department spokesperson. “They took the jug, and added the water to the jug and then shook it up.”

After the shake up the container began to swell, and all were evacuated except for the employee who shook the container and another worker. One employee tried to remove the lid, causing the contents inside to spill on both workers. Both were transported to the hospital, one by ambulance and the other by helicopter.

After some difficulty, the Park City Fire Department was able to clean up the spill.

According to the EPA, 2.8 million people in the cleaning industry are exposed to potentially dangerous chemicals each day. And as the latest incident in Utah demonstrates, improper handling of chemicals can lead to injury, if not death. As a result, a cleaning chemical safety program should be implemented by an employer. Included here is a list of things such a program should include.