Traveling Germs: Hotspots To Watch For During Air Travel 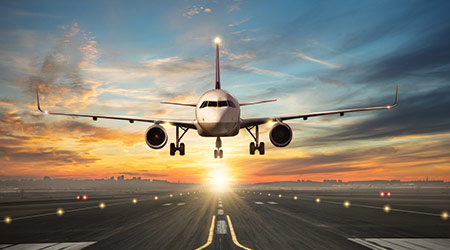 As trade show season gets underway and business travel picks up, now is a good time to remember where germs hide and how they can be avoided.

Not surprisingly, airplane restrooms top the list when it comes to contamination. According to a USA Today poll, the restrooms are the germiest places on a plane.

According to Coverall Cleaning System, these areas are rarely sanitized between flights and tiny sinks make it nearly impossible to properly wash hands. Studies have also found E. coli on almost every surface in these tight spaces.

A recent Twitter video of a filthy airplane bathroom suggests that the number one spot is well-earned. According to Travel and Leisure reporting, the Ryanair passenger visited the in-flight bathroom and found grime all over the sink, mirror and walls.

The passenger informed in-flight crew of the problem, but nothing was done. Yet a airline spokesperson commented: “All Ryanair aircraft are thoroughly cleaned by professionals at the end of each day, in line with industry standards, and cabin crew carry out a cabin tidy and toilet check at the end of every flight.”

In addition to in-flight restrooms, travelers might also want to rethink ordering coffee or tea when flying.

According to a second Travel and Leisure article, the water for tea and coffee comes from the tap (rather than from a bottle) while the plane is in flight. According to a 2004 Environmental Protection Agency (EPA) sample of 158 planes, 13 percent contained coliform, while two of the airplanes were found to have dangerous E.coli in the water. Another EPA study found that one in every eight planes fails the agency’s standards for water safety.

For other germ-ridden areas to watch for when traveling, click here.