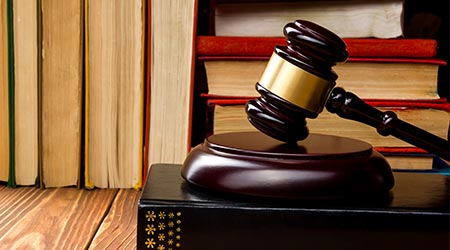 After a back-and-forth battle spanning months, The Supreme Court ruled to halt a COVID-19 vaccine mandate for businesses with 100 or more employees. The policy, proposed by the Occupational Safety and Health Administration (OSHA) and supported by the Biden administration, would have impacted over 80 million Americans in the workforce.

The initial proposal was announced last September and outlined either mandated vaccination for contractors and federal employees, or weekly testing for unvaccinated workers with penalties reaching potentially $14,000 per violation (barring medical or religious exemptions). It was far from a smooth road for the Biden administration and OSHA before the mandate was ultimately scrapped for most employees, as appeals in both St. Louis and New Orleans courts blocked the mandate in nearly half of the states it would have impacted.

While conventional businesses will not be subject to a mandate, the court did decide that the mandate will extend to the majority of employees working in healthcare segments, the AP reports. For this facet of employees, approximately 10.4 million workers and 76,000 healthcare facilities will have a vaccine mandate enforced as part of a 5-4 ruling by the court.

As for the ruling affecting the majority of businesses conservatives on The Supreme Court noted the unprecedented nature of OSHA’s proposed mandate, with businesses groups adding that the mandate would cause large-scale resignations from employees and prove too costly. Biden shared disappointment with the decision, noting that the mandate was based on science and served as a measure to protect the safety and health of American workers.

As of this ruling, just under two thirds of Americans citizens are fully vaccinated (62.7 percent) with a third of those also receiving a booster shot. For more on the COVID-19 Omicron variant and recommended isolation guidelines, click here.