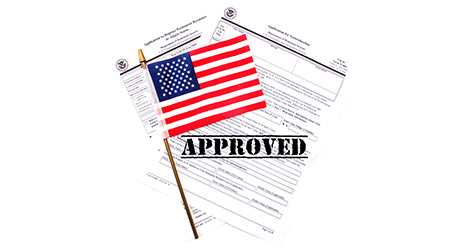 River Valley Elementary School in Lemont, Illinois was the site of a beautiful celebration recently, as its entire student body lined its hallways, cheering a beloved custodian as she walked by.

The joyful screams of the children and and staff were devoted to Jalina Juchas-Ciszek, who recently passed the testing required to make her a U.S. citizen, reports NBC 5 Chicago.

A native of Poland, Juchas-Ciszek took the victory laps coated in red, white and blue. She wore a scarf adorned with the American flag, a patriotic shirt, and a bedazzled crown that reads “USA.”

School principal Debra Lynch told reporters that Juchas-Ciszek’s accomplishment proved to students that they are never too old to achieve a goal.

When it comes to school custodians, one thing is abundantly clear: students and staff adore them. It would seem that at least a few times a month a unique story unfolds of how students and staff show their appreciation for frontline workers. For example, students in Alabama pooled together earlier this year to raise money for a beloved school custodian whose beaten down car was preventing him from making it to important medical exams.

Custodians are an amazing asset to schools. The improvements they make to schools keep kids healthy and safe.