St. Louis Politician One Of Those Arrested In Janitor Protest 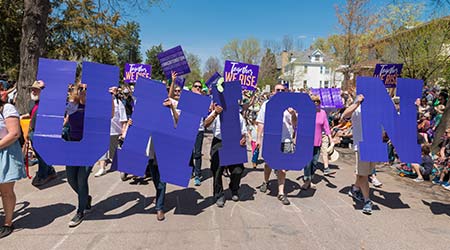 At least one elected official is willing to put her neck out on the line to help janitors in her city.

St. Louis Alderwoman Megan Green was arrested as she joined an organized “civil disobedience” protest of higher wages for janitors working in the city, reports KMOX.

It was reported that the arrest of Green was a bit orchestrated as some of the protesters agreed to a plan with police prior to the protest in an effort to avoid violence or misunderstanding.

The protest was put together by SEUI Local 1, whose member janitors face expiring contracts. SEIU, other politicians and local groups gathered to argue for $15 an hour wages.

“With their existing contract expiring, and negotiations for a new one continuing later in the week, janitors and allies will show building owners that our region cannot wait for the higher wages they need to support their families,” says a press release sent out before the protest.

Janitor protests have been consistently held in recent months. Those working in Miami have held several protests of their low wages — even one that used bananas as a prop. Janitors in New Jersey held a Labor Day march through the pouring rain so that their voices could be heard.