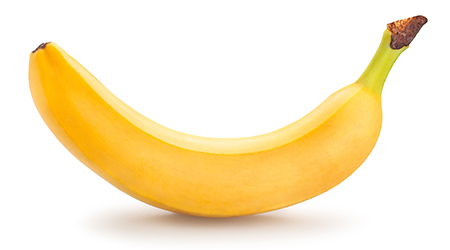 Janitors in Miami are using the internet craze caused by a duct-taped banana art exhibit to prove a point that they’re woefully underpaid.

A VIP art preview that took place in Miami last week featured a display called the "Comedian,” which is literally a banana duct-taped to a wall. The display, which was created after an Italian artist taped a grocery store banana to a booth at the show, was valued at $120,000. A few people bought replicas of the art at that price.

When janitors in Miami heard that copies of Comedian sold for $120,000 they were incensed, reports Miami New Times. That's because nearly 60 percent of subcontracted janitors in Miami live near the poverty level, according to a recent report by the SEIU. More than two-thirds of these workers spend around 70 percent of their pay on rent. When cost of living is factored in, their median wage of $8.50 an hour is the worst of any large city in the United States.

In display of their rage, the janitors took to the streets of Miami donning purple t-shirts with bananas duct-taped to their chest.

The fruit-filled protest comes just a few weeks after a movement of tens of thousands of janitors in South Florida voicing their concerns with their pay was reported.