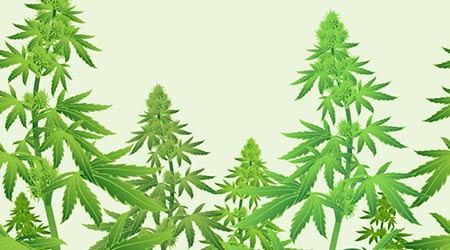 As the legalization of medicinal and recreational marijuana use grows across the United States, it’s fair to wonder how human resources departments will respond. For example: When State A decides to make it legal for Mary Jane Doe to use medical marijuana, what will be the reaction of the company that employs her? Will they fire her if a routine company drug test shows she has consumed marijuana (in this scenario a breach of the company policy) or will they let Doe continue to work because she was using the drug legally and there is no indication she consumed the weed during a shift? Depending on the state, that employer might not have a say in the situation.

Whether an employer can fire an employee for using medicinal marijuana is becoming an increasingly difficult conversation, reports Bloomberg.

In July, New Jersey altered the protections afforded to workers granted medical marijuana use. The change prevents employers from refusing to hire someone with a license to consume medical marijuana. And if an employee in that state tests positive for marijuana, he or she has the right to defend the results on the basis that that person has a medical marijuana license.

In other states, people who have been fired for medical marijuana use by their employers have won cases against those employers because courts have determined that their termination violated state law.

Conversely, the Colorado Supreme Court ruled in 2015 that a company was within its rights when it fired an employee for marijuana use, even though he had a prescription to use weed to treat pain.

When it comes to recreational marijuana use, employees seldom have workplace protections — even in states where it’s legal. Nevada just became the first state to pass a law preventing employees from hiring a person because they use marijuana — whether it’s medicinally or recreationally. The city of New York passed a similar bill.

Many companies within the commercial cleaning industry conduct employee drug tests — especially for frontline workers. Considering the fluidity of employee rights as it pertains to marijuana use, companies would be wise to keep up with the laws of their state and municipality.