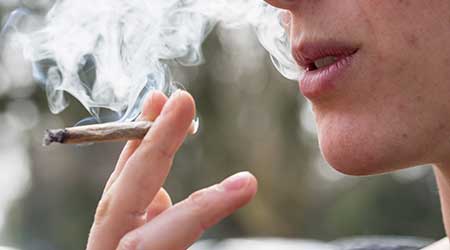 For decades people have attempted to wipe out or mask the smell of marijuana. The problem has intensified as federal, state and local laws regarding possession, use, distribution and the sale of recreational and medical marijuana are changing.

Currently, 34 states and Washington, D.C. have legalized the use of medical marijuana. At the same time, 11 states and D.C. have legalized recreational use. In the recent mid-term elections, citizens in several states voted on referenda asking for their opinion regarding the legalization of recreational marijuana. The answer in many cases was approval.

The change in attitude and behavior has raised a real stink among certain businesses. Over the years, Brian Coffey, national sales manager for Fresh Wave IAQ, Rising Sun, Indiana, has heard from customers around the country who need a way to eliminate the smell of marijuana from their businesses.

“A significant number of our customers have been impacted by the proliferation of medicinal and recreational use of marijuana,” says Coffey. “While hotels, motels and hospitals are supposed to be smoke-free, their guests don’t always follow these policies.”

The hospitality industry is the most greatly affected by the lingering after-effects of marijuana smoke, but others have also been experiencing a wave of problems, too.

It’s hard to mistake the unique smell of burning marijuana. It has been said that one of the closest odors to it is a skunk’s spray. It even makes some individuals nauseous. So, the need to remove the odor becomes urgent, especially if it slows down the turnover of hotel/motel rooms and rental units.

Short of asking guests or tenants to smoke their marijuana through a “sploof” (a cardboard tube and a dryer sheet that is supposed to trap the smoke and odor), businesses can take some comfort in knowing that there are some effective odor removal products on the market.

next page of this article:
Masking Odors Vs. Eliminating Odors