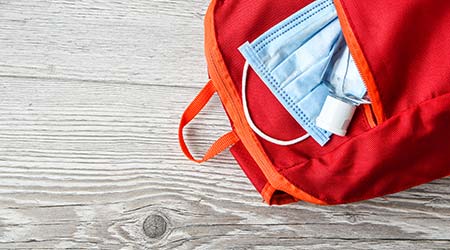 Many states across the U.S. have experienced notable success in diffusing COVID-19 case rates over the past couple months, allowing for the loosening of restrictions and a relative return to normalcy for many people — especially fully vaccinated citizens. However, the rise of a new COVID-19 variant with a higher contagion rate and often more severe symptoms than the original strain has health experts concerned for unvaccinated populations in particular, Yale Medicine reports.

Originating in India in the winter of 2020 and making its way through Great Britain in 2021, positive tests for the Delta variant are now prevalent in the United States — accounting for over 20 percent of all cases and soon to be considered the dominant variant in the United States by the Centers for Disease Control and Prevention (CDC).

Additionally, recent studies note that children and adults under the age of 50 were 2.5 times more likely to catch the Delta variant, making it a particular cause of concern for spread in schools, colleges and other educational establishments. According to analysis from Public Health England, those with the Pfizer, Oxford-AstraZeneca and Moderna vaccines showed to have high levels of immunity from the Delta variant, although data remains to be collected to confirm whether booster shots will be necessary in the future.

For those who cannot get vaccinated — namely the population of 5-12 year olds who aren't currently eligible — the next best step for facility cleaning managers looking to keep occupants safe is continuing the practices of hand washing, disinfecting key touchpoint, and reinforcing the priority of students staying home at the sight of any symptoms. Surveys in the U.K. indicate that Delta symptoms less commonly include the lost of smell or coughing, but an increased severity of fever, sore throat and a runny nose.

For advice on keeping child care centers, schools and similar types of facilities safe from COVID-19 and other viruses, click here.