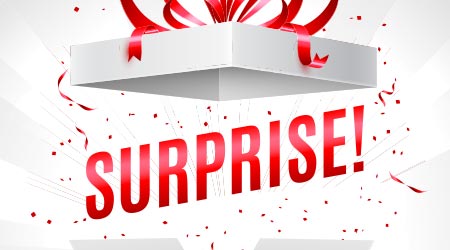 Ever since the COVID-19 pandemic began in the United States in March, we've talked a lot about how important janitors, housekeepers and custodians are to the nation's efforts to keep people healthy and alive. With schools and universities back in session throughout the country, the job of the cleaning professional just became even more important. That's why an Arizona television station surprised two hardworking custodians with the one gift everyone enjoys.

Gibby Parra of 3TV went to Great Hearts Academy in Glendale to speak to students and staff, reports the television station. Using Parra's presence as a distraction, the school had Dennis James and Deysi Saucedo wash windows in the back of the large room where she was speaking. Seemingly out of the blue (because the custodians were of course not aware of the surprise) Parra asked them to come to the front of the room and the students let them have it with loud applause.

Once to the front of the room, Parra told the custodians she was with the television station's "Arizona's Family Surprise Squad and was there to honor the hard word they had been doing. Oh yeah, she also handed them each $500.

James told the crowd that had gathered that he and Deysi love the school, its teachers, the students and their parents. He says he's able to stay positive though such difficult times because that's the way his mother raised him to act.

We love telling stories of how schools thank their custodians. As an example, here is news we shared in 2018 of how kindergartners gave a heart-warming birthday gift to their deaf school custodian.