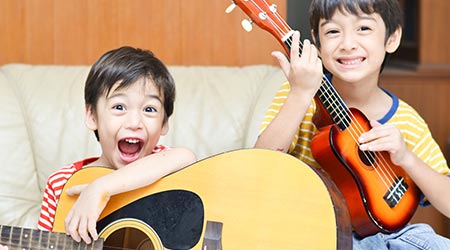 Canadian researchers commissioned school children to write their own song lyrics using the the six-step handwashing practice supported by the World Health Organization as inspiration, reports Reuters. The lyrics were then matched to the catchy tune “Frere Jacques,” also known as ”Brother John” in English.

Dr. Nisha Thampi, one of the study organizers and a mother of two school-aged kids, says public health campaigns have focused on when people should wash their hands. However, she says these efforts often fail to focus on how hands should be washed.

After coming up with the kid-approved lyrics, the researchers went on to test the handwashing routine encouraged by the song. They did this by applying fluorescent markings to the hands of grade school-aged children. The kids were then asked to wash their hands using the song’s instructions. After the washing, the researchers inspected the hand for germs.

For the handwashing song to work best, one expert suggests schools make young children washing their hands to the song part of the curriculum.

In December, a science teacher created a nifty method for visually showcasing the spread of bacteria using slices of bread.