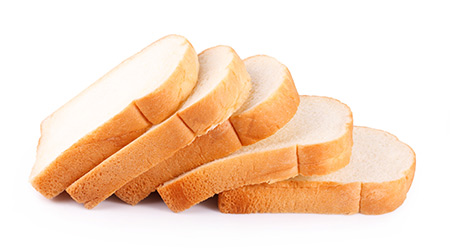 Schools can hang up posters, make announcements and remind students directly to wash their hands frequently during flu season, but ultimately, many students from kindergarten through high school simply don’t have the perspective to recognize the consequences of spreading germs. Influenza has no mercy for flimsy attempts to reduce its spread, however, recent CDC findings show widespread or regional flu activity in 38 states.

Looking for a new way to reach her students, a science teacher created a nifty method for visually showcasing the spread of bacteria, as reported by Parents.com. Jaralee Annice Metcalf shared a post that has since gone viral on Facebook showcasing five different slices of bread — each with varying levels of bacterial exposure prior to being sealed airtight in a Ziplock freezer bag — for three to four weeks. The five unique trials simulated common types of bacterial exposure — or lack thereof.

Bread slice one was wiped on the classroom Chromebooks (devices that are typically sanitized but weren’t for the sake of the experiment). Slice two was an untouched slice. Slice three was exposed to unwashed hands by every student in the classroom. Slice four was exposed to soap and water. Slice five was exposed to hand sanitizer. All slices were from the same loaf and inserted into the bags on the same day.

The results were both staggering and visually nauseating — albeit fascinating. Slices two (untouched) and four (soap and water) were nearly identical, with no bacterial or mold growth present. Slice five (hand sanitizer) had a mold patch taking up roughly one-fifth of the slice. Slice three (unwashed hands) had similar mold growths to slice five, but more profound and taking up roughly 75 percent of the slices. The slice one (Chromebook exposure), as one might expect, had the most severe mold growth, taking up nearly the entire slice.

Ultimately, Metcalf hopes the experiment helps students to approach the spread of germs differently, and to think twice before bypassing a sink to wash their hands.

Each of the five pieces of bread can be viewed here.

Earlier this month, students in Bowling Green, Kentucky participated in a similar exercise to visualize the importance of handwashing with glow-in-the-dark lotion and a blacklight to help the lotion symbolize germs. Read more on the annual competition here.