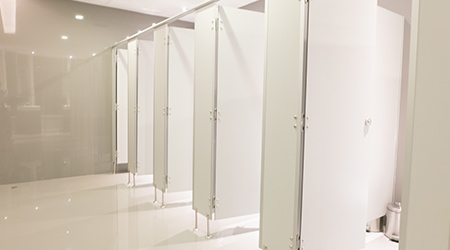 As experts look to access their impact, San Fransisco officials has chosen to extend a pilot program that has placed monitored restrooms in neighborhoods where human and animal feces and drug paraphernalia disposal has become an issue, reports the San Fransisco Chronicle.

In August, San Fransisco began its “Pit Stop” program, which places clean and safe toilets, used-needle receptacles and dog waste stations in the parts of the city that need them the most. Each restroom is assigned two attendants at all times to ensure the restrooms are being used as intended. One of the restrooms, located in the city’s Tenderloin neighborhood, is open 24/7.

The San Fransisco Department of Public Works says the Pit Stop program has shown promise since opening this past summer. More Pit Stops will be opened and it’s likely some will be open round-the-clock.

Public restrooms are an issue throughout the United States, specifically as it relates to drug use. One city installed blue lights in its men’s restrooms that are supposed to make it harder to inject drugs into veins.