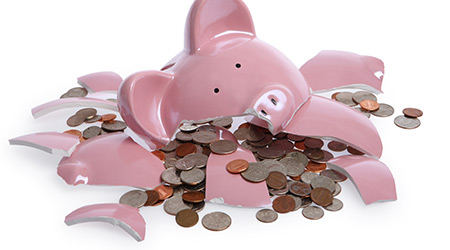 There’s a national outcry for living wages, but some workers earning this low pay would actually prefer not to receive a raise due to the economic fallout that can be associated.

Many Americans who don’t earn enough pay from work to afford groceries, housing and other basic human needs receive government assistance to cover the difference. But if they receive a pay raise, these workers may no longer be eligible for this assistance, even if their standard of living hasn’t truly improved. As a result, these people face the “cliff effect,” a term used to describe situations when the loss of government assistance outweighs improvements to income, according to a report.

The Conversation examined this cliff effect so that it could better understand why workers weren’t retaining their jobs after completing training programs. One person interviewed fears a raise because it could cause her rent to go up to the point that she wouldn’t be able to afford her apartment. These types of benefits like reduced rent are a product of vouchers provided to Americans who are in economic trouble.

While a raise can hurt some employees in the long run, The Conversation’s report found the improved pay doesn’t always make situations worse. What determines if a raise will cause a person to lose money are a number of factors, such as the local cost of living, the size of the raise and the amount of family members who depend on the pay. So in reality, it’s hard for low wage-wage workers to know if a pay raise will help or hurt them.

Some are trying to help with the situation. The Massachusetts Department of Transportation Assistance is working on launching a computerized tool that will allow people to calculate how their benefits would change with a raise in pay.

Whether or not a worker wants a raise might not matter as some states raise their minimum wage. Illinois, for example, recently passed a law that will ensure low-wage workers receive a $1-per-hour raise once a year, which will increase the minimum wage to $15 an hour by 2025. California, Massachusetts and New Jersey are all expected to reach that minimum wage even earlier.

While improved wages help most workers, they can be bad for small business. A Contracting Profits report found increases in labor shrink margins to the point that companies have to reduce their cleaning frequencies, which of course hurts cleaning contractors.