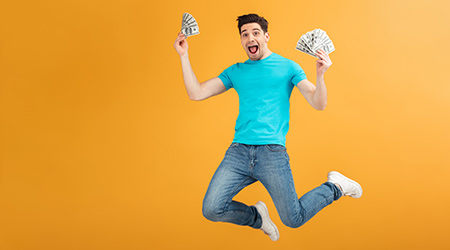 The earnings threshold for which overtime pay is awarded to salaried workers has been been altered thanks to a new ruling announced by the United States Department of Labor.

The new ruling also raises the total annual compensation level for "highly compensated employees" from the currently-enforced level of $100,000 to $107,432 per year. It also allows employers to use annually paid nondiscretionary bonuses and incentive payment to cover up to 10 percent of a person’s standard salary level.

The changes, which are expected to impact more than 1.3 American workers, were first proposed in March.

"For the first time in over 15 years, America's workers will have an update to overtime regulations that will put overtime pay into the pockets of more than a million working Americans," says acting U.S. Secretary of Labor Patrick Pizzella, according to the press release. "This rule brings a commonsense approach that offers consistency and certainty for employers as well as clarity and prosperity for American workers."

To read the rest of the United States Department of Labor’s announcement, click here.