Cleaning Managers May Be Eligible For Overtime Under DOL Proposal 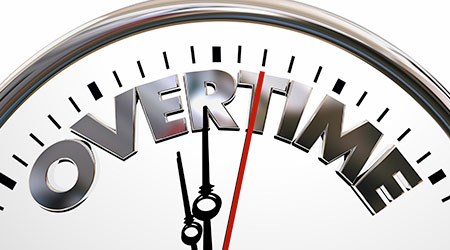 The U.S. Department of Labor (DOL) is once again proposing to extend overtime protection, however, this time at lower salary thresholds. The proposed changes would make more than a million more American workers eligible to earn overtime.

Currently, employees with a salary below $455 per week ($23,660 annually) must be paid overtime if they work more than 40 hours per week. Workers making at least this salary level may be eligible for overtime based on their job duties. This salary level was set in 2004.

This new proposal would update the salary threshold using current wage data, projected to Jan. 1, 2020. The result would boost the standard salary level from $455 to $679 per week (equivalent to $35,308 per year).

A few years ago, DOL made a similar proposal to raise overtime protection to $970 a week, or $50,440 annually. However, this proposal was eventually overturned and never became law.

At the time, several cleaning associations spoke out against the changes, arguing it would have a negative impact on those in the cleaning industry, including layoffs and loss of benefits to existing employees.

According to a Contracting Profits article, overtime changes force BSCs to either increase productivity to keep budgets within what a customer is willing to pay, cut services, or in some cases do both.