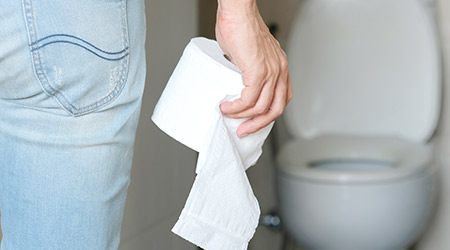 In December, we shared news of how Orlando, Florida would be launching its new “DTO GO” initiative, a portable public restroom pilot program designed to give residence (especially the homeless) much needed spaces to relieve themselves in a clean and safer manner. Well, after several weeks it appears the program has flushed public human waste issues down the toilet.

The restrooms, located at two separate instructions, had been used more than 1,500 in the first month, resulting in a 50 percent decrease in human sidewalk waste, reports WFTV 9.

One woman, who identifies as homeless, tells reporters that many in her situation will swallow their pride and just relieve themselves in shrubs. Now they don't have to, thanks to the portable restrooms.

The reduction in public human waste has also been a boon for business. Restaurants and shops in the area of the two restrooms say they have experienced less visits from non-paying customers since the DTO GO initiative started.

Increased access to other forms of public restrooms has also shown to decrease crime. Such has been the case in Spokane, Washington and San Fransisco.