More Schools Close Due To Sickness 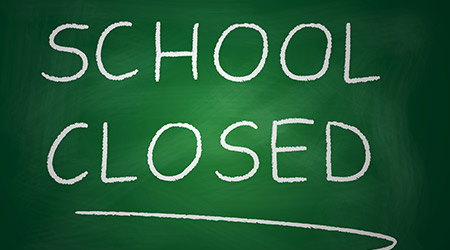 Less than a week after a school district in Colorado announced it would be closing all of its 43 schools for two days due to illnesses, the United States Air Force Academy in Colorado Springs is sharing its story of how the Rocky Mountain illness has shook its students, too.

About one 1 in ever 10 Air Force Academy cadets have been hit by the norovirus since the end of October, reports the Colorado Springs Gazette. When factoring in the academies enrollment, this comes out to about 400 cadets being sick.

The academy says its cadets and staff are its main concern. To better ensure the health of these individuals, the Air Force Academy has canceled some events while its custodial staff works overtime stop the spread of the virus.

Cadets who have proven to be infected by the norovirus are being put on bed rest for a minimum of 72 hours after their symptoms have dissipated.

School-closing sickness hasn’t just been confined to Colorado. Albany School District in Albany, Oregon announced Monday that it would be closing all of its schools for the week due to a flu outbreak that is believed to have started the week prior, reports KGW8. The district’s custodial teams will be working to clean and disinfect the facilities while the students stay home for rest.