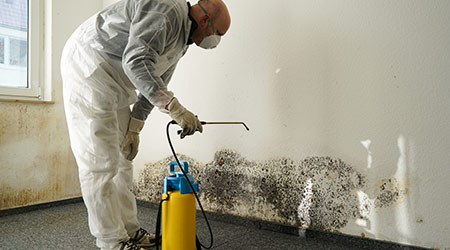 It’s the first day of August, which means school is just around the corner — sorry, kids. It also means school districts across the country will do an annual battle with mold — a problem that arises after months of hot and humid weather.

One district, Unity Point School in Carbondale, Illinois, is already in for a fight. An outbreak of mold that occurred over the July 4 weekend has caused the district to delay the start of school until Aug. 28, it announced in a statement to parents.

The district says the mold showed up following a weekend where two HVAC units in Unity Point School experienced mechanical failure. Staff had been working to repair the HVAC units and remove the mold found in 17 classrooms on July 8, but that progress was setback after more mold was found in another 13 classrooms following an asbestos abatement project.

Unity Point School has hired cleaning and air quality professionals to remediate the mold. The school’s air quality has already been tested and deemed safe.

Illinois can get plenty warm during the summer, but the heat and humidity it experiences is nothing compared to what parts of the Southeastern United States face. Cognizant of the fact that annual swamp-like conditions could cause a mold issue over summer break, the Ocala School District in Florida decided this past spring that it would run the air conditioning systems in its schools throughout the summer. The school district determined the preemptive measure should be taken after an analysis discovered that the cost of cleaning up the mold is more significant than the savings made by shutting off the AC when school is out.

Had Ocala not turned on the AC over this past summer, it might have had to conduct a deep clean, like one Florida elementary school did following the summer of 2018.