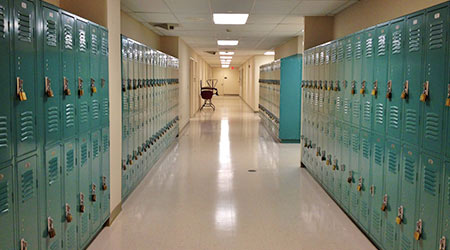 Summer mold growth in several Jacksonville High School classrooms has the district looking for ways to deal with the humidity issues, according to an article on the Journal-Courier website.

The band room, choir room and auditorium needed deep cleaning before school started after a malfunction with an air conditioning unit caused mold growth. Uniforms and instruments had to be sent away for cleaning, too.

Reports indicate that the mold grew after a valve on an air conditioner unit malfunctioned, causing it to shut off during the hottest and most humid part of the summer. The deep cleaning should resolve the problem and prevent a repeat situation.

According to school district officials, the affected rooms have been cleaned and several air samples have come back mold-free.

The carpet in the band and choir rooms was removed and the school district is considering replacing it with tile, which could be more easily cleaned.

The district is also looking into replacing the air conditioning unit that is used for that area of the building after being told it is too powerful for the space. The unit was cooling the area too too quickly and shutting off, which left the humidity unchecked.

School administrators are exploring whether if the unit can be modified or if it will have to be replaced with a smaller one.

These issues are common during Florida in August. After finding mold in the Osceola Magnet Elementary School's kindergarten and first grade wing last year, school officials opted to deep-clean the entire campus before school started.

School officials believed the mold grew when Osceola Magnet's air conditioner was shut down for repairs over the summer.