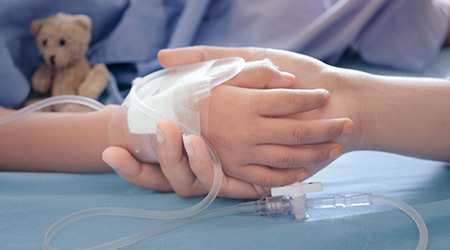 Yet another setback has occurred to Seattle Children's hospitals mold control efforts after the deadly fungus was again located on the premises.

The recent identification of a low-level of Aspergillus was self-reported on May 12 and isn't believed to have caused more illnesses, reports The Seattle Times. Still, some will be troubled by the fact that the issue, which has gone on for nearly 20 years and has been linked to several deaths, continues.

The Washington Department of Health says the mold was found during a routine test of air quality.

The hospital tells The Seattle Times that the issue was caused by a problem with the facility's ventilation system. However, the hospital says it hasn't detected any Aspergillus spores like the state department of health asserted.

A number of operating rooms will be shut down for several weeks as a result of the recent discovery.

Earlier this year it was reported that a seventh infant had died of a mold-induced infection that she got over the course of several heart surgeries at the hospital. The family of the child has since filed a class action lawsuit against the hospital.