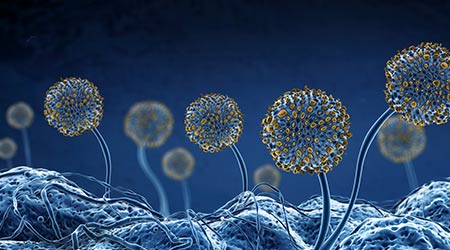 Some mushrooms are an edible fungi enjoyed by millions of people. Other (totally inedible mushrooms) sometimes grow from carpet, according to a lawsuit filed against a military housing space in Florida.

The U.S. District Court in Tampa filed a recent lawsuit alleging that the presence of mold in private housing on MacDill Air Force Base led to health problems for residents while also causing mushrooms to grow from the floor and carpet, reports CNN.

The lawsuit accuses the housing owners of dismissing various complaints related to mold exposure, performing poor rumination work, and failing to inform military families of their findings regarding the mold.

Mushrooms grew from at least one patch of floor and carpet because the ground was so saturated with with moldy conditions for so long, the lawsuit claims.

The defendants in the case knew there were mold issues in the housing complex since 2016, says the lawsuit.

U.S. Air Force Secretary Heather Wilson had heard complaints about the facility when she visited it this past March, says the report. A member of the Environmental Protection Agency was also said to have spoken to the military families impacted by the alleged mold growth.

Mold growth has been an issue for schools, too. For example, one school district in Illinois had to delay the start of its 2019-2020 school year because mold had grown in one of its schools during summer break.