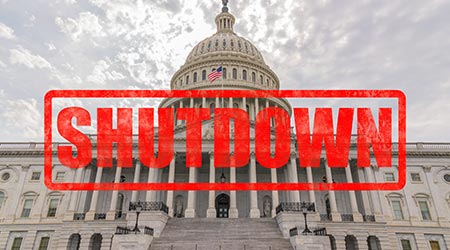 Democratic legislators are struggling to come up with a way to provide back pay for low-wage contractors losing income because of the partial shutdown. The Hill reports that contracted maintenance workers, cleaners, security guards and cafeteria staff at government buildings are among the hardest hit by the shutdown, which began Dec. 22. Trying to get back pay for contract workers during a shutdown has not been attempted before.

Affected federal employees often receive back pay after a shutdown ends, but low-wage contractors do not get compensation. For example, contractors are not covered in the bill seeking backpay for federal workers.

So far, the legislators are finding the contractor issue complicated. Lawmakers say they want to help low-wage workers who are shut out of work, while doing so in a way that doesn’t pad the pockets of higher-wage contractors who can more easily withstand the shutdown, the article said.

To complicate matters further, each of the nine federal agencies affected by the shutdown deals with contractors differently. In all, thousands of janitors, security guards and other service workers are expected to lose wages.

According to earlier reports, President Trump warns that the partial shutdown "will last a very long time." Offices that have been impacted by the shutdown include, but are not limited to, the Commerce Department, the Department of Housing and Urban Development, NASA, the Transportation Department, Forest and National Park Services.

The result of these closures is expected to have a big impact on custodial workers, many of which live paycheck to paycheck and may be looking at additional work once operations open again.